I saw this question raised in a Facebook post a few days ago.  This person claimed that as she was removing Omega 3 oils from her diet she was actually sleeping better.  This goes against the commonly held belief that Omega 3 can actually HELP to promote good sleep patterns and reduce insomnia.

So naturally I had to dig in deeper and do a bit of research on the subject.  Everything found shows Omega 3 oils have many surprising benefits one of which is better sleep.

What exactly is Omega-3 in the first place?

Omega 3 is a fatty acid common in foods in three forms.  (Get it?  Omega 3)?  Those three acids are Docosahexaenoic Acid (DHA), Alpha-linolenic acid (ALA) and Eicosapentaenoic acid (EPA).  Overall, those three acids are good for a healthy brain function,  but have also been linked to other positive benefits.  These benefits are things like improved metabolism, lowering cholesterol, cancer protection, autoimmune conditions, healthy skin and preventing skin conditions such as acne, psoriasis and so on.

There was a study released by the Journal of nutrition in 2008.  They found that diets that were low in Omega 3 fatty acids reduced the amount of melatonin produced by the body.  That can interrupt a normal sleep pattern.

But I did find one piece of conflicting evidence in this whole scenario.

It’s also been found that Omega 3 may also affect another chemical in the body norepinephrine.  According to Wikipedia, the general function of norepinephrine is to mobilize the brain and body for action.  It is the lowest in the body during sleep, and higher during the day.  This is especially true during periods of stress or danger.  Norepinephrine is necessary for proper sleep but too much can cause just the opposite effect.  We could deduce that TOO MUCH Omega 3 might be causing the person in that Facebook post to have problems sleeping, and cutting back could possibly help..

Apparently though, for most people the overwhelming evidence that I found is that our body needs Omega 3 acids to function properly.  That includes fighting insomnia.

Omega 3 can also help to increase vitamin D.  Vitamin D deficiency is associated with disrupted sleep patterns.  We also get vitamin D just by being out in the sun.

Omega 3 can also help people with OSA.  (Obstructive Sleep Apnea).  Low levels of DHA are a common factor in the severity of OSA according to several studies.  Therefore if you increase the level of DHA you might reduce the risk for severe sleep apnea.  Also heart problems can be a serious risk with people who suffer from Sleep Apnea.  The anti-inflammatory abilities of Omega 3 can help there as well.

Where do we get Omega 3?

The DHA and EPA acids are present in oily fish, such as Salmon, Mackerel, Herring, Sardines, Anchovy and Menhaden.  You can also get it from a fish oil supplement.  According to healthline.com, there is no agreed upon standard. Most however will agree that 250-500 mg per day is normal for most adults.  They recommend more for other conditions such as heart health, depression and/or anxiety, cancer and other issues.

ALA which again is an essential fatty acid can be found in flaxseeds, soy products, walnuts, soybean oil and canola oil.

Fish oil capsules are common in any vitamin supplement shelf at the grocery store or drug store if you feel the need to add more to your diet.

I found a great resource at www.dietitians.ca that has a table of many different foods showing the amount of each of the three Omega 3 acids are available in various foods.

So in summary, just the other health benefits alone are enough to make Omega 3 foods an essential part of your diet.  Add to that a good night’s sleep, and you have a big win there. 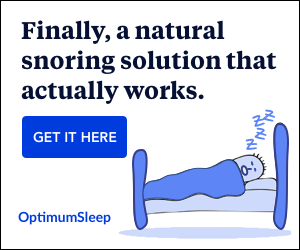